Who are the RAF Air Cadets (RAFAC)? 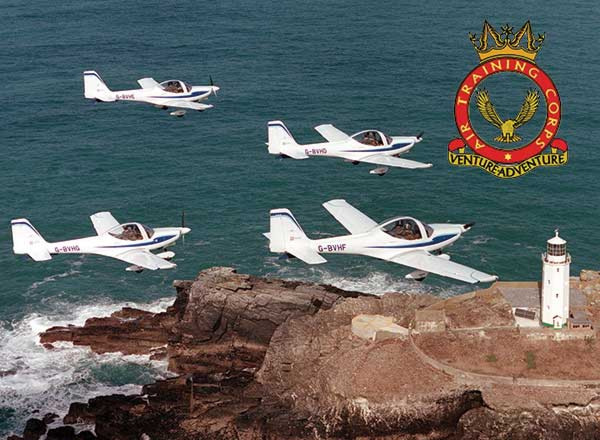 Organisation of the Air Cadets

The Air Training Corps (RAF Air Cadets) is a National voluntary youth organisation aimed at encouraging a practical interest in aviation, adventure and sport. It was established by Royal Warrant on the 5th February 1941.

The age at which the cadet can join is year 8 or aged 13 and
normally they leave at the age of 18. When you reach the age of 18 and if you are successful enough to become a SNCO you can stay in the Cadets until your 20th birthday.

The National Headquarters and administrative centre for the Air Cadet Organization in the UK based at Royal Air Force College Cranwell in Lincolnshire.

It is home to both Air Training Corps and the Combined Cadet Forces’ RAF Sections as well as the University Air Squadrons, Volunteer Gliding Schools and Air Experience Flights.

The ATC is commanded and controlled by a full - time RAF Air
Commodore, with staff of Regular and Reserve officers plus Civilian staff based at Headquarters Air Cadets (HQ AC).

The Banner of the Air Cadets

In 1962 the first Banner of the Air Training Corps was presented by (His Royal Highness), The Duke of Edinburgh on the occasion of the 21st Anniversary of the Corps.

A new banner was presented by (HRH) The Duke of Edinburgh in 1979 with the old banner was laid up in St Clement Danes Church, Holborn London in 1980.

This is to remind each cadet of their own enrolment ceremony and the obligation they take as a cadet.

"I, (Full Name) do hereby so solemnly promise on
my honour to serve my Unit loyally and to be
faithful to my obligations as a member of the
Air Training Corps. I further promise to be a good
citizen and to do my duty to
God and the Queen, my Country and my Flag".

Please note - cadets do not have to pledge to God on enrollment,
and can substitute the word for their appropriate deities or lack thereof.

The admin department covers the role of personnel, accounts/finance, works services, providing pay and allowances to all adult volunteers. This includes dealing with the payment of all bills liable on the ACO public account.

Also included is the responsibility for the Finance and General Purpose Fund, which is a registered Charity.

Staff working with the Reserve Forces & Cadet Associations in the Counties provide maintenance and new work services for the Corps 1000 units.

The staff appointed to this branch have a major responsibility to develop the Air Cadet Organization (ACO) Management Plan.

The CB staff also provides the ADC to Commandant Air Cadets, is the HQ Security Officer, the HQ Training Liaison Officer and custodian of the Corps Trophies and Corps Banner.

This Department led by a MOD Information Officer and their staff have access to RAF Photographers. This team is responsible for producing Publicity Material for the organisation and provide information requested by the media and internal communications.

The Department is responsible for many of the support functions required to maintain the activities undertaken by the Air Cadet Organization. These include; Glider Maintenance Policy, Information Technology Support, Equipment Supply and Small Arms Range Inspections.

There are many vehicles used to support the Glider function. The most complex being the .Munster Van fielder Winch, which offers a 6-drum capacity giving high launch rates for conventional Gliders. Support Equipment also deals with; fire fighting trailers, aircraft refuellers, cable retrieve trailers and an assortment of passenger carrying vehicles.

The supply role is faced with tight budgetary limits and increasingly
stringent health and safety controls. They have a constant challenge to ensure Cadets are properly clothed and equipped.

RAF Air Cadets on the range

Logistics Branch plays its part by ensuring that miniature rifle and air rifle ranges are constructed and maintained to the highest possible standards in order that all aspects of safety are taken into consideration and that Cadets have every opportunity to produce good results.

Shooting is a very popular part of Air Cadet Training and to increase the interest changes are being made to the firing positions for the Cadets to adopt three positions namely the prone, kneeling, and standing positions. It will open up greater challenges and opportunities for competitive shooting events.

The Air Training Corps has always been well represented and has shown a high degree of marksmanship at the Cadet Inter Services Skill at Arms Competition held at Bisley every year. The CCRS (Council for Cadet Rifle Shooting) promote and supervise
major Postal Shooting Competitions for the Cadet Forces and the Combined Cadet Force. These small bore competitions allow shooting to be part of the training syllabus throughout the year.

The team in this department include the staff based at the three Corps National Adventure Training Centres at Llanbedr in Wales, Windemere in the Lake District and Joint School for Adventurous Training Instructors (JSATI), Llanrwst They arrange courses in outdoor activities to qualify adult staff and SNCO Cadets to national governing body approved standards.

The every enduring requirements to keep both cadets and adults safety in mind has to be monitored and attention to the requirement expected by ACO this is managed from the HQ AC from within this department.

The UK is divided into six Regions, each Region is controlled by a Group Captain who is a Retired Officer and is referred to as the Regional Commandant, who is assisted by a Regional Staff Officer (RSO) and civilian Staff.

Each Region is divided into a number of Wings which cover one or more Counties. Wings are controlled by a Wing Commander based at Wing Headquarters. Staff who are responsible for the many Squadrons and Detached Flights report to the OC of their respective Wing. The Wing Commander is directly responsible to the Regional Commandant for the command, discipline, training and the efficiency of the units in the Wing.

Wing Staff Officer (WSO) is the direct link between your Squadron and the Wing HQ, apart from their normal ‘staff duties they may also carry out specific roles such as Training Officer (Trg Off), Physical Education Officer (PEdO), Corporate Communications Officer (CCO), or Adventure Training Technical Officer (WATTO).