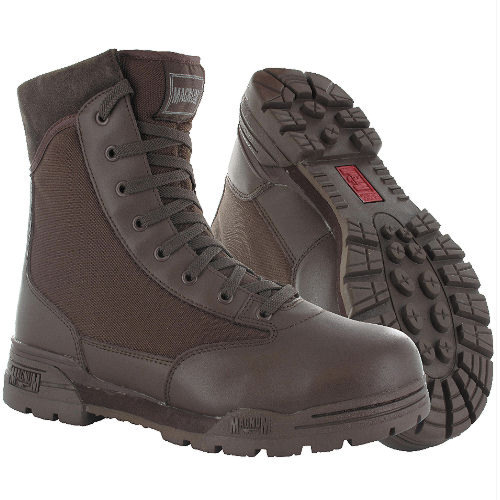 Cadet Direct will be sending 28 free pairs of Magnum Classic Boots  to two Air Cadet teams completing the Nijmegen Marches in Holland this summer. The boots, supplied by Magnum Boots, will be worn by both teams throughout their rigorous training program as well as during the 4 day, 100 mile Nijmegen Marches event itself. The two winning teams were South and East Midlands Wing ATC managed by Sqn Ldr Sarah Mayoh-Smith and Plymouth and Cornwall Wing ATC lead by Flt Lt Any Oliver. The winners were announced following a competitive application process that began in March. Both leaders have previously completed the Nijmegen event with cadet teams. Following confirmation of the sponsorship dea,l Sqn Ldr Sarah Mayoh-Smith said '...our Wing Commander is over the moon with this award, who along with my training team, staff and cadets are all extremely proud...'. Flt Lt Andy Oliver said he wished '...to thank both Magnum and Cadet Direct for the sponsorship of boots for our Road Marching team'. All footwear will be supplied by Magnum Boots whose global HQ is also based in Holland. This is the second year that Magnum Boots have sponsored cadet teams completing the Nijmegen Marches. Laura Hawes, the UK Marketing Manager for Magnum made the following statement after the announcement '...We’re really proud to be supporting not one, but two Air Cadet teams for the 100th Four Day Marches in Nijmegen in July this year.  The Lancashire ACF team we sponsored did incredibly well last year and we’re excited to see what the two Air Cadet teams, who both really stood out in the application process, can do.  The Magnum Classic boot in Military Brown is definitely up to the challenge again!  The Lancashire ACF team, wearing the same Magnum Classic boots went on to clear up all the British military team awards at last years event – including Best Overall Cadet Team and Best British Military Contingent Team. The feedback from the team members was extremely positive and you can read some of the Magnum Classic Boot reviews on the Cadet Direct Website. We will be publishing updates and news from both teams as they progress in their training in the coming weeks.